Canuckster wrote:How the hell do you watch TV and work at the same time

I make a little window in the bottom left corner of my screen. Its always in my peripheral view. + headphones for audio
My job is all visual I don't have to read or type so I can watch/listen pretty well as I work.


Must get some sleep now, lol all nighters are tough on the brain

I posted before but just in case anyone missed it, this link works great no pay:
https://watchserieshd.cc/series/cobra-k ... n-2/season

PS: Is the kid who plays Johnny's son some kind of Hollywood clone?

I swear he looks exactly like a bunch of teen-bop wankers I remember from when I was younger and even much younger. Can't remember the films but I swear they all look the fuckin same

Does anyone know what I'm talking about?

Clones I tellz ya.

Masato wrote:
What will I watch when it's done? I figure it'll take me to maybe 2am

Haha... I began watching the original Karate kid movies after I was done with Cobra kai season 2. I remember I had watched the first one. Once. Never watched part 2 or 3. And now I'm finding out there was a 4th one too, about a chick. I wasn't a fan. Mostly because back in those days, I was watching prime Jackie Chan movies and the action in Karate Kid in comparison, sucked. Big Time.

So I watched Karate Kid 1 and 2 so far. 1 was ok. 2 still sucked. Started watching 3, but the stream kept buffering so I said fuck it. Will prob watch tomorrow.

LOL me too! I just finished Part 2 and have to say its pretty great! Really solid script, nicely woven together, lotsa deep character moments etc Its cheesy but its a controlled cheese, lol I can dig it
Old world Okinawa life, honor-feuds, old karate masters, romance, a fight to the death, even some divine intervention - that's a formula for success imo!

Those Miyagi films I don't think should be compared to Jackie Chan or Van Damme or other martial arts movies of that era. These movies have their own style, it has its own mythology its not about action. Old man Miyagi does the simplest of moves but its so badass to watch lol

Don't remember part 3 much (Kreese comeback?), and if they made one with a girl I will boycott on principle, lol that's just milking a franchise.

I suppose Cobra Kai is too, lol so who knows

I thought 'Oh Hillary Swank maybe its not bad', but its TERRIBLE.

The opening scene has big band american military drill music, lol how off-key can you get? Then 15 minutes of war propaganda, Miyagi apparently fought against his own family in the war

Then a scene where the girl physically speaks out loud all her woes and wishes to a bird or something.

This script would not pass a 101 screenwriting assignment. Shameful

Good thing Cobrai Kai came along to restore some honor to the characters.

That remake with Will Smith likewise had no honor (sorry Jackie)

Masato wrote:
Those Miyagi films I don't think should be compared to Jackie Chan or Van Damme or other martial arts movies of that era. These movies have their own style, it has its own mythology its not about action. Old man Miyagi does the simplest of moves but its so badass to watch lol

True. Karate Kid is a drama, not a martial arts flick. But I was like, 12 at the time, so I only cared about the action. Now, watching it again as an adult, i certainly have a new admiration for it. Even though I still can't get behind the Daniel Larusso character. Wanted to see him get his ass kicked. 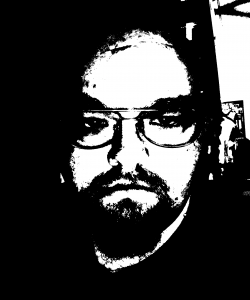 Masato wrote:
That remake with Will Smith likewise had no honor (sorry Jackie)

Diet Butcher wrote: Even though I still can't get behind the Daniel Larusso character. Wanted to see him get his ass kicked.

The fact that he's a car salesman compounds these sentiments.

In season 2 they included lots of in-jokes that were tributes to the movies and also to other movies that some cast members were in. The producers and the director is obviously having fun with it, and they know how to appeal to the original Karate Kid 80's/90's demographic as well as make it relevant for teenagers.
Post Reply
29 posts

Users browsing this forum: No registered users and 11 guests