Hey Mas I stumbled upon this today and reading your bump I thought you might find it interesting:

^ Thanks I'll check it out.

Let me be clear, I have not and never will have any animosity towards 'The Jews', I think that is ridiculous. -Its my suspicion that the majority of Judaic-faithed people on this planet have as little knowledge of these bigger conspiracies than anyone else.

What I am tracking/researching are the actions of an extreme select few, whom I don't even think were/are 'jewish' at all. Meaning not descendants of biblical Israelites, nor even real practitioners of that faith. The atrocities I am looking for so far IMHO are, as the bible verse says, 'those who say they are Jews and are not'. They have somehow hijacked the religion and hide behind it as their cover

The problem is that we've been conditioned as a society to perceive and be triggered by any comment on the issue as an extreme absurdity - there is no more sensitive and volatile issue I would think to be spoken about, people's brains just fizzle out, they get all flustered and angry, its pure mind programming, no other issue created such confusion and misunderstanding;

- Being critical of certain political Zionist groups and their actions is somehow equated with 'hating' the entire subset of people on the earth, which is an absurd leap.

- Questioning the specific details, rhetoric, and post-war propaganda of the Holocaust is somehow equated with 'denying' the events of WWII, which is an absurd leap.

- Recognizing the odd representation of Jewish/Zionist folks within key places of extreme power/media/influence, especially in the USA, is somehow equated with insane caricatures of crazy tin-foil hatters, which is an absurd leap.

- Being critical of Israel as a government, and its Occupation/Settlement actions is somehow equated with being a terrorist or Nazi, which is an absurd leap.

I refuse to accept those leaps. Some of these rabbit holes are the most interesting and relevant I have found in over a decade in my conspiracy hunting. There is some truth to be found here, and it is a crucial one if we are ever to get some sense of what is going on in this crazy world.

I don't know the true details of the Holocaust, but I do know that Hollywood has MILKED that story something fierce.

Several prodigious critics of the 'official version' of the Holocaust I have found to bring many valid and interesting questions to light.

I saw a documentary once about Steven Spielberg, who interviewed as many 'Holocaust survivors' as he could find as research for Schindler's List. He also made a documentary from the footage he collected, but the strange thing was that several of the testimonies COMPLETELY negate the narrative we've been told. Many interviewees described even Auchwitz as a very humane camp, with good facilities for the prisoners, music, they put on plays, got letters etc etc with no word of gas chambers at all!

Of course ALL of these testimonies were excluded from Spielberg's documentary.

To make it worse, some of the interviewees who painted the most dramatic stories of Gas Chambers etc, on whom Spielberg focused most heavily (these people were subsequently paraded around other talk-shows and entertainment outlets), gave inconsistent versions of their story from interview to interview, contradicting their testimonies several times and saying things that made no sense.

But the way it has been used and is still used as a shield to silence people has caused great suspicion in me.

For instance, I just learned of this Willem Dafoe movie I had not heard about, that is supposed to be a true story, about a Jewish boxer in Auchwitz. According to the story, the Germans forced him to box other inmates to stay alive, and the losers of the matches were gas-chambered or killed.

Of course, it was heralded and paraded by the Press and the Oscars as a triumph, 'Best film of the Decade', etc (review quote examples @ 1:12)

It's not quite 'How to Draw Boobs' quality, but it's pretty good

This topic is important to me these days, I hope some people here maybe smarter than me can contribute rationally to the thread and help separate fact from fiction.

just watched wonder woman movie in my room here in cuba as there isn't much else to do at night here, we have a catamaran excursion tomorrow morning so getting shitfaced isn't a good option. Anyway, back to my point, wonder woman was a fine piece of anti Nazi propaganda and changed my outlook on this whole Nazi thing. Oh and who knew, we had Cell service and data here, things they are a changing in cuba
People say they all want the truth, but when they are confronted with a truth that disagrees with them, they balk at it as if it were an unwanted zombie apocalypse come to destroy civilization.

Canuckster wrote:just watched wonder woman movie in my room here in cuba as there isn't much else to do at night here, we have a catamaran excursion tomorrow morning so getting shitfaced isn't a good option. Anyway, back to my point, wonder woman was a fine piece of anti Nazi propaganda and changed my outlook on this whole Nazi thing. Oh and who knew, we had Cell service and data here, things they are a changing in cuba

Hey have fun in Cuba! Didn't know you skipped the country, enjoy!

Wonder Woman was WWI I thought, not WWII... but I did find it interesting that the villain was indeed a German whose weapon of choice was gassing people. Even before Nazis existed, Hollywood is still forcing that connection in the audience's mind

The biggest question for me at my current point of study is to what degree were the Nazis/Hitler an UNEXPECTED turn of history for the Bankers etc, vs to what degree were they a creation of the Bankers, etc? Did he truly stand up from grass roots and fight back? Or was the whole war planned out from the start, and the Nazis 'allowed' to rise to achieve the end goals? If it was the latter, was Hitler in on it (ie; faking his role)? or was he just a dupe?

Balfour agreement, Zionist agendas, and Jewish (bolshevik) plans to re-organize/take over Europe/Russia certainly started long before Hitler and the Nazis had even begun imo.

This question gnaws on me a lot, lol I can't seem to find a good answer. Anthony Sutton wrote several books and gave tons of lectures that Hitler was a product of Wall St, but I have also heard this refuted quite extensively suggesting some trade in the beginning with investors was just natural business but eventually most of Germany's rise came from internal work. I have heard that Hitler closed all the Masonic Lodges and was the Rothschild's worst nightmare, but I have also heard he was a Rothschild himself, lol I don't know which is closer to the truth.

Same can be said for Churchill, at one point he fights the Bolsheviks, then later somehow becomes allies and absolves them of all their crimes.

Are memes like this accurate? If so, are they not alarming, or worthy of question?

Kind of funny when considering how MSM is currently promoting 'diversity' and 'equal representation' ideals, etc, no? 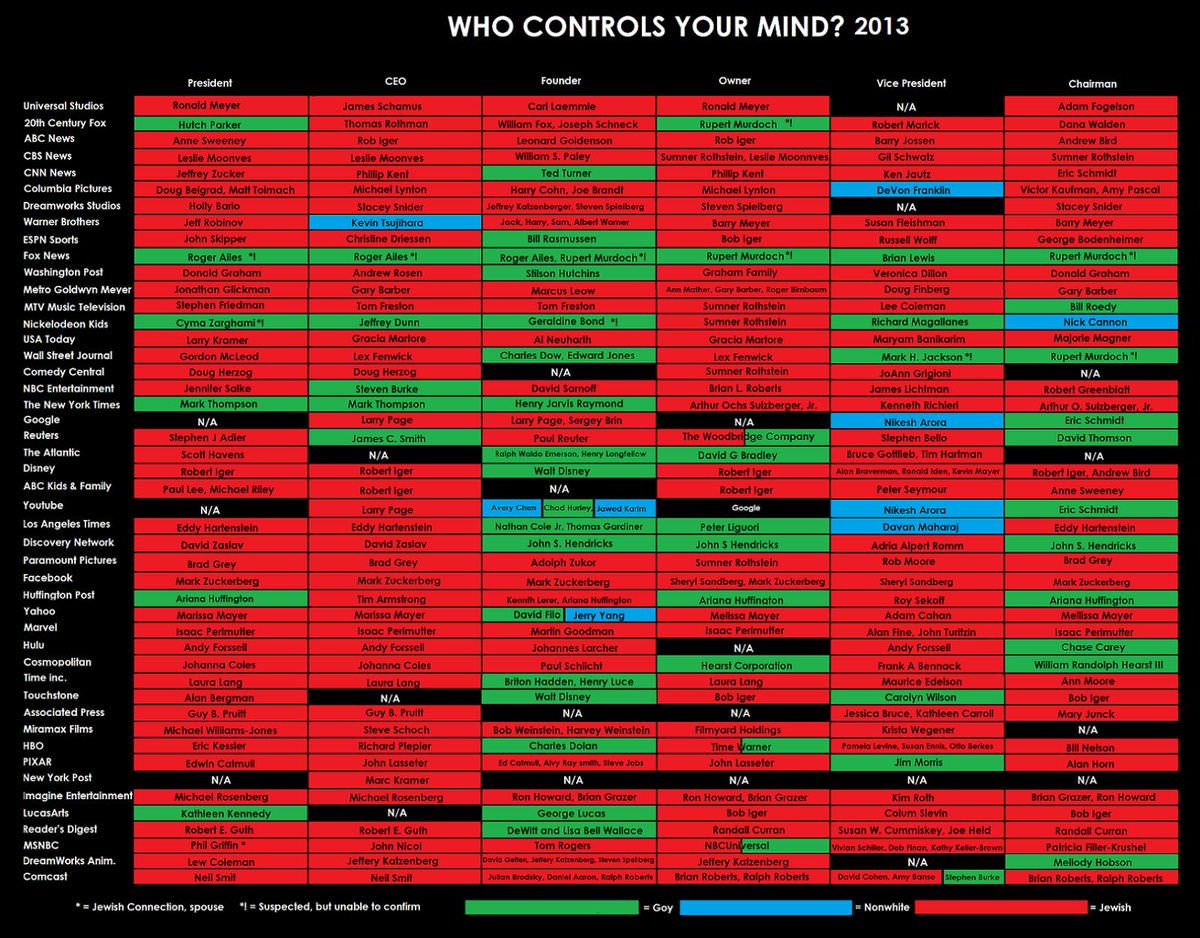 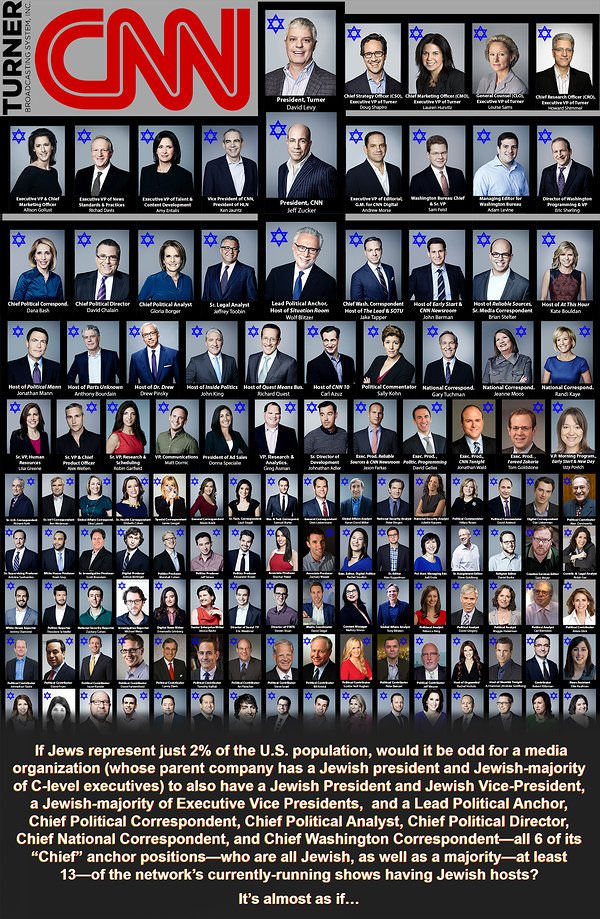 HISTORY of Hollywood is also interesting... from what I'e learned it was almost entirely a Jewish creation, most of the early stars all changed their names from their Jewish names to American-sounding names:

Users browsing this forum: No registered users and 17 guests