A new report concedes that much about the observed phenomena remains difficult to explain, including their acceleration, as well as ability to change direction and submerge 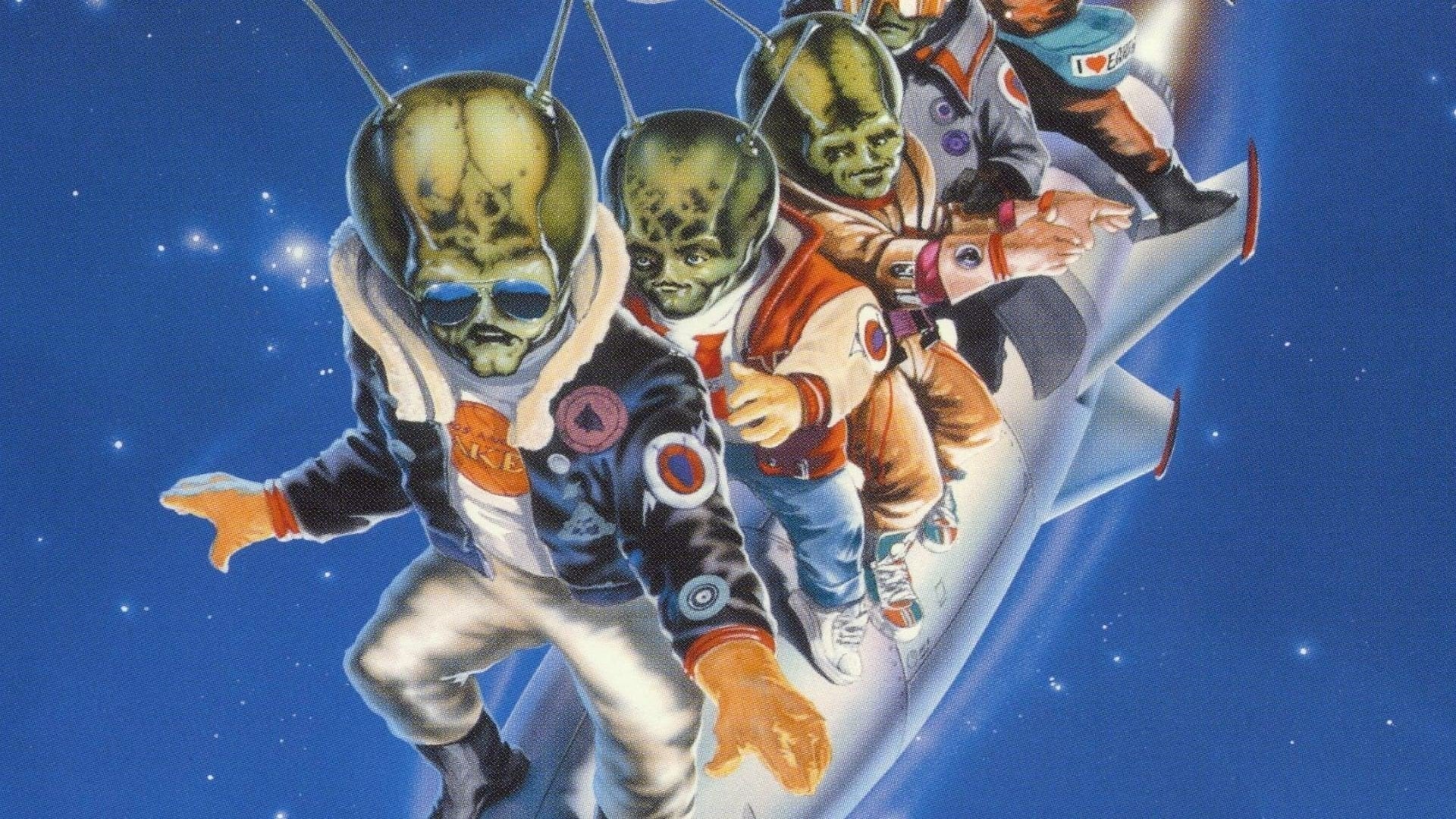 WASHINGTON — American intelligence officials have found no evidence that aerial phenomena witnessed by Navy pilots in recent years are alien spacecraft, but they still cannot explain the unusual movements that have mystified scientists and the military, according to senior administration officials briefed on the findings of a highly anticipated government report.

The report determines that a vast majority of more than 120 incidents over the past two decades did not originate from any American military or other advanced U.S. government technology, the officials said. That determination would appear to eliminate the possibility that Navy pilots who reported seeing unexplained aircraft might have encountered programs the government meant to keep secret.

But that is about the only conclusive finding in the classified intelligence report, the officials said. And while a forthcoming unclassified version, expected to be released to Congress by June 25, will present few other firm conclusions, senior officials briefed on the intelligence conceded that the very ambiguity of the findings meant the government could not definitively rule out theories that the phenomena observed by military pilots might be alien spacecraft.

Americans’ long-running fascination with U.F.O.s has intensified in recent weeks in anticipation of the release of the government report. Former President Barack Obama further stoked the interest when he was asked last month about the incidents on “The Late Late Show with James Corden” on CBS.

“What is true, and I’m actually being serious here,” Mr. Obama said, “is that there is footage and records of objects in the skies that we don’t know exactly what they are.’’

The report concedes that much about the observed phenomena remains difficult to explain, including their acceleration, as well as ability to change direction and submerge. One possible explanation — that the phenomena could be weather balloons or other research balloons — does not hold up in all cases, the officials said, because of changes in wind speed at the times of some of the interactions.

The final report will also include a classified annex, the officials said. While the annex will not contain any evidence concluding that the phenomena are alien spacecraft, the officials acknowledged that the fact that it would remain off limits to the public was likely to continue to fuel speculation that the government had secret data about alien visitations to Earth.

Many of the more than 120 incidents examined in the report are from Navy personnel, officials said. The report also examined incidents involving foreign militaries over the last two decades. Intelligence officials believe at least some of the aerial phenomena could have been experimental technology from a rival power, most likely Russia or China.

One senior official briefed on the intelligence said without hesitation that U.S. officials knew it was not American technology. He said there was worry among intelligence and military officials that China or Russia could be experimenting with hypersonic technology.

He and other officials spoke on the condition of anonymity because they were not authorized to speak publicly about the classified findings in the report.

Russia has been investing heavily in hypersonics, believing the technology offers it the ability to evade American missile-defense technology. China has also developed hypersonic weaponry, and included it in military parades. If the phenomena were Chinese or Russian aircraft, officials said, that would suggest the two powers’ hypersonic research had far outpaced American military development.

Navy pilots were often unsettled by the sightings. In one encounter, strange objects — one of them like a spinning top moving against the wind — appeared almost daily from the summer of 2014 to March 2015, high in the skies over the East Coast. Navy pilots reported to their superiors that the objects had no visible engine or infrared exhaust plumes, but that they could reach 30,000 feet and hypersonic speeds.

Lt. Ryan Graves, an F/A-18 Super Hornet pilot who was with the Navy for 10 years, told The New York Times in an interview, “These things would be out there all day.” With the speeds he and other pilots observed, he said, “12 hours in the air is 11 hours longer than we’d expect.”

In late 2014, a Super Hornet pilot had a near collision with one of the objects, and an official mishap report was filed. Some of the incidents were recorded on video, including one taken by a plane’s camera in early 2015 that shows an object zooming over the ocean waves as pilots question what they are watching.

The Defense Department has been collecting such reports for more than 13 years as part of a shadowy, little-known Advanced Aerospace Threat Identification Program within the Pentagon. The program analyzed radar data, video footage and accounts provided by the Navy pilots and senior officers.

The program began in 2007 and was largely funded at the request of Harry Reid, the Nevada Democrat who was the Senate majority leader at the time. It was officially shut down in 2012, when the money dried up, according to the Pentagon. But Luis Elizondo, who ran the program at the time, said that he continued it until 2017. After the publication of a New York Times article later that year about the program and criticism from program officials that the government was not forthcoming about reports on aerial phenomena, the Pentagon restarted the program last summer as the Unidentified Aerial Phenomena Task Force.

The task force’s mission was to “detect, analyze and catalog” sightings of strange objects in the sky that could pose a threat to national security. But government officials said they also wanted to remove the stigma for service members who report U.F.O. sightings in the hope that more would be encouraged to speak up if they saw something. The goal, officials said, was to give authorities a better idea of what might be out there.

Last year, lawmakers inserted a provision in the Intelligence Authorization Act that said the government must submit an unclassified report on what it knows about U.F.O.s. That report is the one to be released this month.

Officials briefed on the report said it also examined video that shows a whitish oval object described as a giant Tic Tac, about the size of a commercial plane, encountered by two Navy fighter jets off the coast of San Diego in 2004.
In that incident, the pilots reported an interaction with the craft, which lasted for several minutes. At one point, the object peeled away, one of the pilots, Cmdr. David Fravor, later said in an interview with The Times. “It accelerated like nothing I’ve ever seen,” he said.

The report studies that incident, including the video that accompanied the interaction. The provenance of the object, the officials said, is still unknown.


https://www.nytimes.com/2021/06/03/us/politics/ufos-sighting-alien-spacecraft-pentagon.html
- I rent this space for advertising

I recently hung out with a dude who is all into the latest rumors about this stuff.

It is finally coming into the mainstream. That's not necessarily a good thing, because mainstream usually = lies.. Obama for instance should not be trusted on anything, same with Podesta and Harry Reid and gang who are mysteriously front and center of most of the mainstream disclosure talks.

But admission of the phenomena seems to be real.

This will be an interesting story to keep an eye on for sure.

What do you think they are, Edge?

Masato wrote:I recently hung out with a dude who is all into the latest rumors about this stuff.

It is finally coming into the mainstream. That's not necessarily a good thing, because mainstream usually = lies.. Obama for instance should not be trusted on anything, same with Podesta and Harry Reid and gang who are mysteriously front and center of most of the mainstream disclosure talks.

But admission of the phenomena seems to be real.

This will be an interesting story to keep an eye on for sure.

What do you think they are, Edge?

- People on sherdog are saying that the governament has spent décadas desensitizing the public for possible visitors. It's a good throry. Other are saying the agencies are Just justifying their own existence, since the agencies do nothing but spending money.

I'm skeptical. Even my old cellphone camera can capture images with better resolution.

- I rent this space for advertising